XRP is Back on the Phemex Crypto Exchange 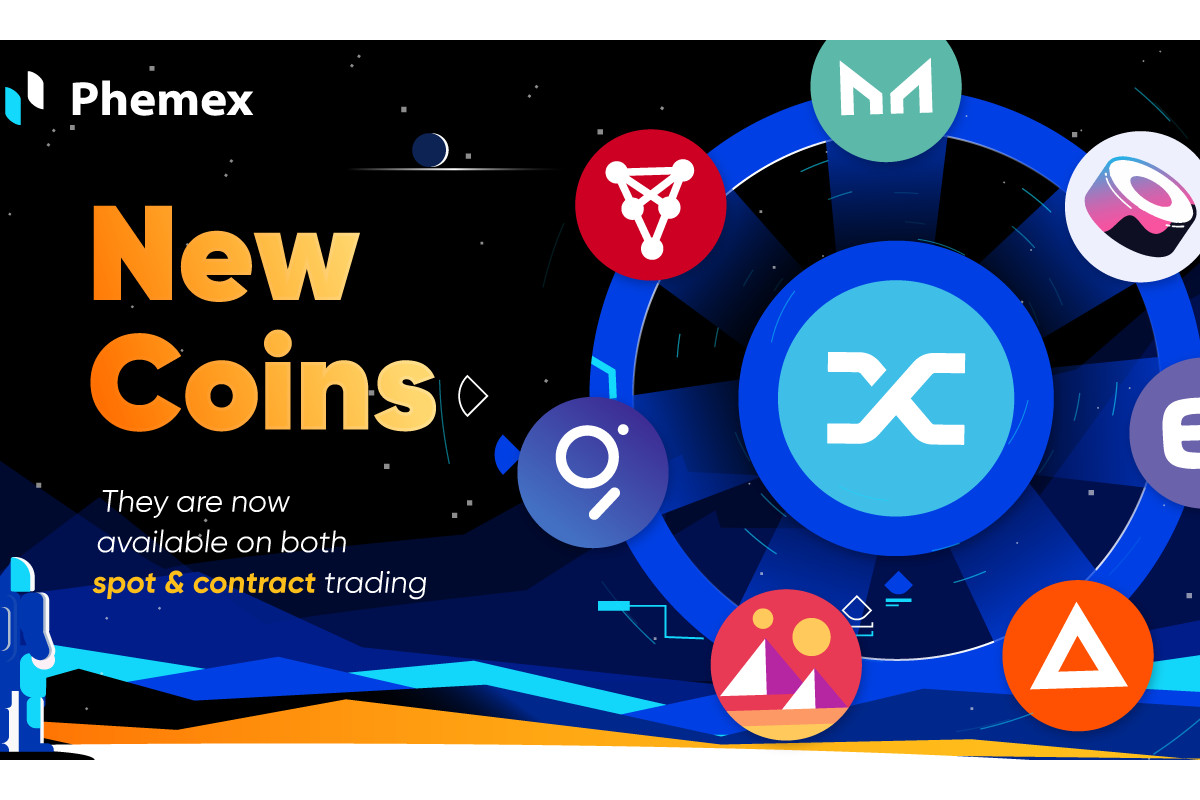 Disclaimer: The text below is a press release that was not written by Cryptonews.com.

Yes, that’s right! Due to the popular demand of crypto trading enthusiasts, Phemex reconsidered its position regarding the XRP controversy and decided to lift the ban.

Along with XRP, Phemex listed eight new coins, which proved to have incredible potential. All of them will be available for spot trading against USDT and as linear contracts with up to 20x leverage.

Why was XRP suspended?

Ripple was in a pretty tight spot in the last couple of months due to the Lawsuit issued by the U.S. Security and Exchange Commission (SEC).

The SEC accused Ripple that it has sold XRP as an unregistered security, despite XRP being a bridge currency. It was believed that Ripple sold its currency to family members at a lower price, with the purpose of reselling them at the market value in order to generate profit.

So until the information was clear enough, most crypto exchanges decided to suspend it.

But XRP holders didn’t like it, especially big companies. So they started to defend Ripple against SEC accusations. Among the defenders, we can see the lawyer John Deaton – who promised to fight for 11,000 XRP holders.

Therefore, due to the popular demand for XRP, Phemex decided to get it back for spot and contract trading.

What are the new coins?

As you may already know, Phemex is a lot more stringent than other exchanges because they want to provide their users with the best options available on the market. So not any cryptocurrency gets listed.

The crypto projects need to be fully vetted and have amazing potential and public demand. After careful research, Phemex listed the following new cryptocurrencies:

This token was built for the digital advertising industry – so that publishers, creators, and advertisers are paid as they deserve. And because the team behind BAT chose its target audience so well, it got over 1 million users in just a single year.

The Market Cap hit over 1.8 billion USD, with a trading volume of 490M USD in the last 24h. Therefore, it has all it needs to be accepted by Phemex.

Chiliz got its spotlight on the market with another surprising target audience – the sports lovers.

The token is the core cryptocurrency for Socios.com, where people can purchase branded Fan Tokens from popular sports teams like FC Barcelona, Juventus, or Atletico de Madrid.

Its Market Cap reached over 4 billion USD, with a trading volume of 459M USD in the last 24h.

Another innovative crypto project that has to be listed on Phemex. MANA is the core crypto for Decentraland, a platform where people can trade their assets in a fully virtual world.

This virtual realm is built entirely by users – every scene, structure, t-shirt, or dragon. So there’s another target audience – video gamers.

With so many digital designers and gamers out there, there’s no surprise that it hit a Market Cap of over 2 billion USD and a 24h trading volume of 220M USD.

Enjin Coin backs up a blockchain project that allows users to create, manage, and trade fungible and non-fungible tokens. So far, over 1 billion gaming assets were created, and they don’t lack creativity. Spaceships, vehicles, armors, you name it.

The numbers speak for themselves – 2 Billion USD Market Cap and a 24h trading volume of 280M USD.

Besides its complete ecosystem, Sushy Swap conquered crypto enthusiasts with its unique approach to present its products.

Dapps’ storage is named “the Bento Box” for example. So what brought SUSHI to its Market Cap of 2 billion USD is a great marketing strategy. The team knew how to make it sound different than other DeFi platforms.

By holding SNX, you are providing collateral to the Synthetix protocol in exchange for rewards. You can trade Synths with infinite liquidity and zero slippage.

GRT is the core currency for a crypto platform built for APIs. On the platform, you can build APIs for DeFi, Marketplaces, and even Social Media.

The project is backed up by top brands in the crypto domain, like Coinbase Ventures, Compound, or Multicoin. No wonder they’ve got a market cap of 1.9 billion USD.

MKR is the utility token of the Maker DAO platform, and everyone who holds it has something to say in future decisions regarding the main project.

It has one of the biggest Market Caps in the crypto area – almost 6 billion USD, with a 1 billion USD trading volume in the last 24h.
Having 9.91% of the total market really says something, especially because there are over 8,000 cryptocurrencies right now.

Phemex is a crypto exchange company managed by leading traders of Wall Street. It offers up to 100x leverage and is by far one of the safest crypto platforms out there — with offline signatures cold storage, just to mention a few.

But Phemex is way more than that.

The enjoyable activities that his team organizes for users make Phemex stand out. Take, for example, the Trading Arena competition, where users can join forces to receive huge prizes. The last edition finished with an 8 BTC total prize pool for the best teams.

If you want to be up with the news, follow Phemex on Social Media and get the best out of trading!

Bitcoin price failed to remain stable and it extended its decline below USD 38,000. The bulls are protecting the USD 37,200 zone, but there...
Read more
- Advertisment -

Spanish Crypto Firms will Have to Run their Campaigns Past Regulator

Billionaire Paul Tudor Jones Says ‘I Like Bitcoin’ — Will Go All in on Inflation Trades if Fed Says ‘Things Are Good’ – Featured...